Home > Technology > Is Your Coffee Maker Putting Your Business At Risk of Hacking? Consider IoT Security 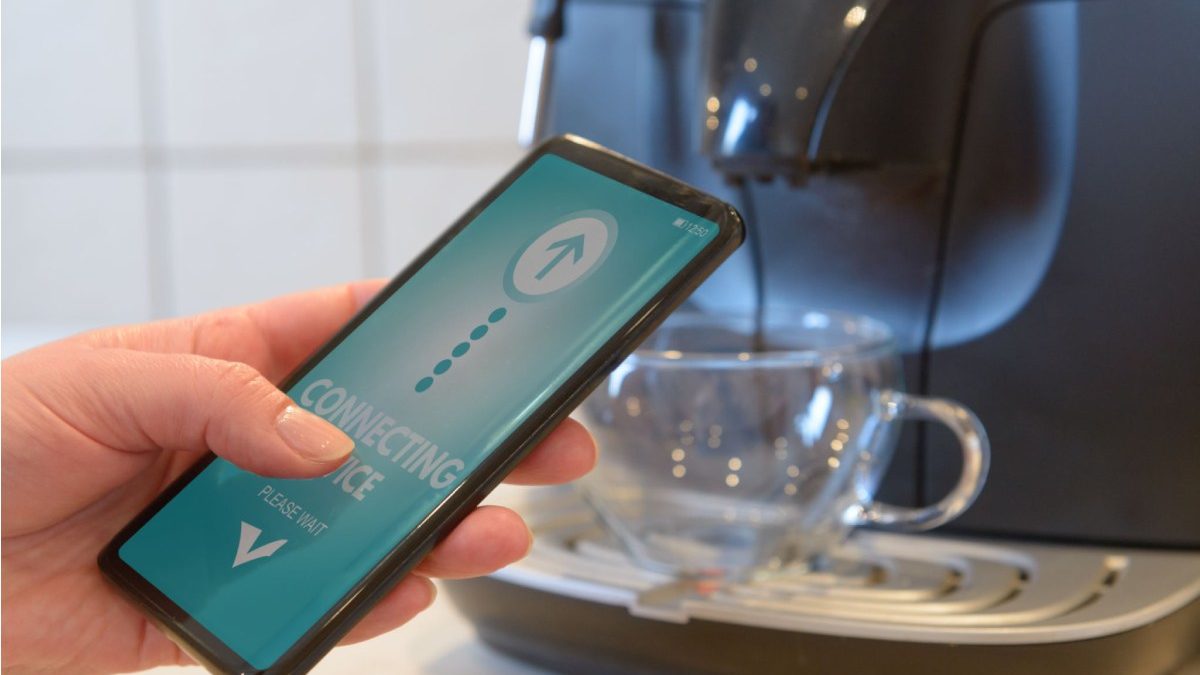 Is Your Coffee Maker Putting Your Business At Risk of Hacking? Consider IoT Security

Is Your Coffee Maker Putting Your Business At Risk of Hacking? – Can a coffee machine be hacked?

Even if it can, criminals have limited options with a coffee machine that connects to Wi-Fi. They can begin the brewing process, annoy the victim with beeping, leave a message, or turn the coffee bean grinder — all of which can be stopped by unplugging the machine.

Well, a researcher tested a smart coffee machine to explore what a potential threat actor could achieve by targeting this seemingly harmless device. Hacking opened up the door to a world of various malicious possibilities.

Besides starting the machine remotely and making a mean cup of coffee, he managed to send a ransom note and obtain access to the home network that had been connected to the machine via Wi-Fi.

What does that mean for companies?

Smart coffee machines are one of many IoT devices that organizations link to their network, and that in itself could potentially pose a risk.

The hacking experiment shed light on the possible hacking of not only coffee makers but also other electronic devices that are linked to the network and operate on similar principles.

What are IoT components exactly, how do they make even otherwise protected organizations vulnerable to cyberattacks, and what are some of the best IoT Security practices businesses can implement starting today?

IoT stands for Internet of Things, which refers to small devices that connect to the internet and can communicate with each other. This technology has been widely accepted and integrated into our homes, businesses, and sometimes even our bodies.

Their number is increasing every year, and it’s predicted that 29 billion IoT devices worldwide are going to be connected to networks by 2030.

While hacking a coffee machine could cause distress and inconvenience, it does not necessarily directly endanger the user’s life.

The same technology has been adopted by the healthcare industry, where the aftermath of hacking could be severe.

For example, pacemakers fall under the IoT device category too. Although they enable doctors to remotely alter and control this essential device, the hacker that tampers with it could harm a person that relies on it.

Businesses that connect IoT’s to the network could experience ransomware, data leaks after breaches, or compromised user access.

The truth is — commercial IoT devices haven’t been designed with the best security practices in mind. Once they’re linked to corporate networks, they can create major vulnerabilities for the company.

IoT can cause a flaw in the security because:

Even though they are convenient and make the network more connected, they increase a business’s attack surface, giving hackers more opportunities to get into the larger system.

When IoTs are not protected, they can be exploited as attack vectors, allowing cybercriminals into the infrastructure to which IoTs connect — even if we’re talking about otherwise well-protected networks.

They form a gap in the security that hackers can use to gain access to systems that are protected with traditional security tools.

Another advantage that hackers have is the element of surprise, as businesses don’t typically anticipate and thus often don’t use additional measures to prevent the exploitation of IoT devices.

The lack of encryption for messages that the IoT sends to the application creates an opportunity for cyber threat actors to intercept the communication and inject malicious code that enables them access to the network.

How do cyber analysts like their coffee? Strong, just like their security. How does that look in practice?

When protecting their IoT devices, they focus on two main objectives (weaknesses that might cause hacking incidents):

IoT systems communicate with the network via unencrypted messages. That feature can allow access to sensitive data such as location or a bank account.

Even though a company has traditional security that detects and responds to potential hacking attempts, it requires solutions that can guard IoT devices because regular tools can’t be implemented to prevent IoTs from being misused.

Some of the best practices that prevent hacking via IoT are:

Zero trust is enforcing the idea that anyone attempting to access the network cannot be trusted. This aids IT teams in discovering suspicious activity early — even if hackers get access by exploiting unprotected IoT components.

Maintenance of the IoT includes applying patches and updates that secure the software and continually scanning and improving security. This can also lead to discovering signs of unwanted activity early.

Risk analysis is all about magnifying the visibility of the attack surface that has been increased because of IoT. Knowing which devices link to the network gives an overview of regular and potentially malicious connections.

When we think about hacking, what comes to mind are attempts at stealing and leaking data from the cloud or targeting personal computers to obtain sensitive information.

In reality, hackers are aiming at any vulnerability they can get their hands on to penetrate systems. This could be stolen and leaked credentials they found online, people working in the company that aren’t tech-savvy, or smart coffee machines.

IoT-based devices and components are not going anywhere anytime soon. On the contrary, this type of technology is becoming used more every year. Therefore, we should focus on preventing hacking attempts that are brewing behind this convenient technology.

The goal is to achieve a balance of convenience and security, but also to be mindful of the IoT that could let hackers into organizations or get them access to sensitive data.

Top 6 Benefits of Billing Software for a Successful Chiropractic Practice

The Job of Big Data Consultant

Actionable Tips To Save Thousands of Dollars On Car Care

When Should I Hire a Lawyer After a Car Accident?