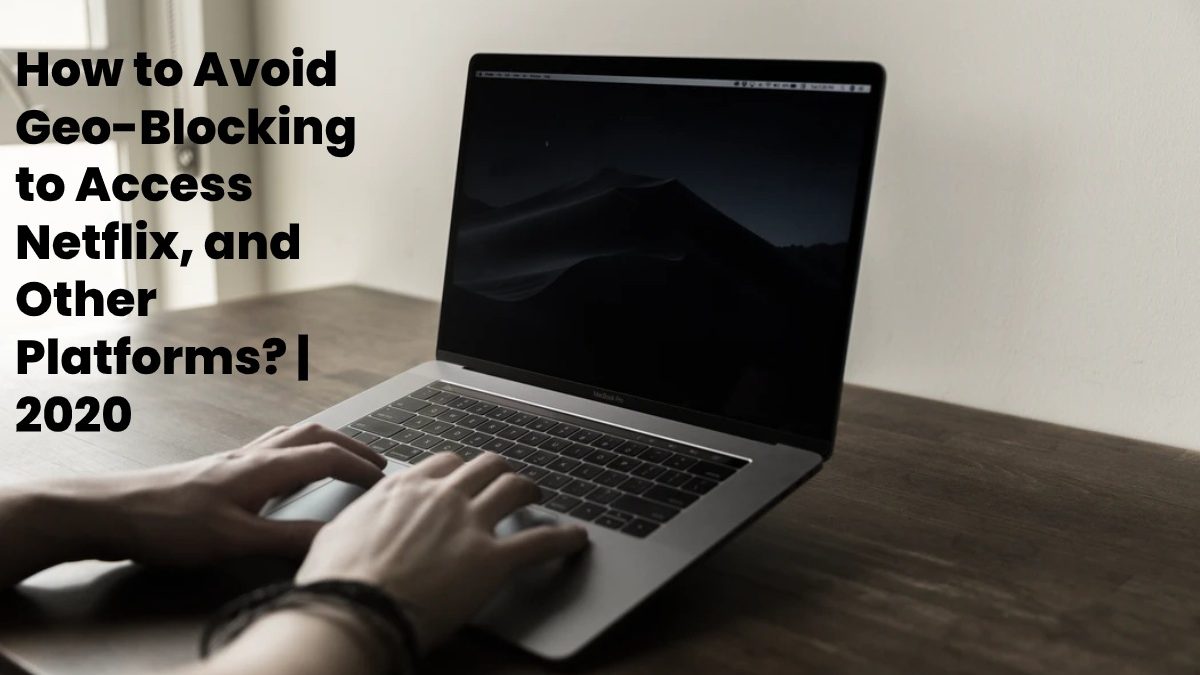 Internet and the multiple platforms and services that we have at our disposal today form a fundamental part of our day today. If we think about how we informed each other a few years ago, how we sent messages, or how we watched movies and series, it has undoubtedly changed a great deal. Today we do not need to watch television or buy the newspaper to inform ourselves of the news; just go online and watch it. We also do not send SMS, but we use applications such as WhatsApp or social networks. And if we talk about watching movies and series, the reality is that on many occasions, television has gone into the background; now we use platforms like Netflix. But of course, we can’t always. There is what is known as a geoblock. Platforms that we cannot operate in a particular country.

How to Avoid Geo-Blocking to Access Netflix with a VPN? In this article, we are going to explain how to avoid geo-blocking that exists on platforms like Netflix. It can also occur on social networks like Facebook or Instagram. There are countries where they are partially or totally banned.

It may happen that our favorite series cannot be broadcast on Netflix in another country where we are living or on vacation. For this, we can make use of a VPN service. There are many, both free and paid. What this type of tool does is simulate that we are in another location.

How a VPN Service Works?

Basically, its operation consists of connecting a device or a group of devices to a private network, virtually. That is, instead of connecting directly to the network, we do it through another virtual network.

This is how we can avoid geo-blocking when using Netflix or any other Internet service. We do not need to connect physically but virtually. We don’t have to be on that network, either wired or wireless.

In Addition to Avoid Geo-Blocking, it also Improves Security

But making use of a VPN service not only helps combat geographic blocking. It also provides many other advantages that can be exploited by Internet users. For example, it is allowing workers to connect to company servers remotely. All without having to be present.

It is also very important for security. Perhaps the aspect for which many users choose to use one of the multiple VPN services that we can find. It is beneficial, for example, when connecting to a public Wi-Fi network in a shopping center, airport, etc. We don’t know if that network is secure or not. Someone could maliciously interfere with our connections.

What a VPN service does is that our connection goes through a tunnel, to put it one way. In this way, no one could access the data we send or receive. Everything is in encrypted form.

There are two types of VPN: free and paid. There are many plans, and it can be adapted according to our needs. For some users, a free one, with limited speed, maybe more than enough for occasional use. However, for others, they may need a superior option, especially for prolonged connection and heavy use of the network.

Therefore, when we go to install a VPN, keep in mind that there are free and paid ones.

But in addition to that, we also have several options as to what that VPN is like. We can find physical and software. Of course, the most common, cheap, and surely useful for most users are the programs. There are VPN extensions for browsers, mobile VPN applications, or even browsers that already have a built-in VPN.

Recommendation for Choosing a VPN

We already know how a VPN works, what it is, and what types there are. How do we choose a suitable one? The first thing we have to make out is what we are going to use it for. If we want to avoid geo-blocking to use Netflix, for example, the normal thing is that we need the speed to be adequate. We will play streaming videos in high definition, indeed.

Our suggestion, in this case, is to use a paid VPN. Otherwise, we may have certain limits. For example, the speed limits, which could make it difficult to reproduce high-quality videos correctly, as well as capacity limitations. Many free options allow us to use only a certain amount of MB or GB.

But in addition, for security and privacy, it is also more advisable to use a paid VPN. Some free have been denounced for misusing user data.

How to See the Wi-Fi Password in Windows and Android?

How to Install Applications safely on Our Devices?

How to Use WhatsApp and WhatsApp Web Safely?

How to See the Wi-Fi Password in Windows and Android?

How to Improve the Security and Speed, of Internet-Connected IoT Devices?