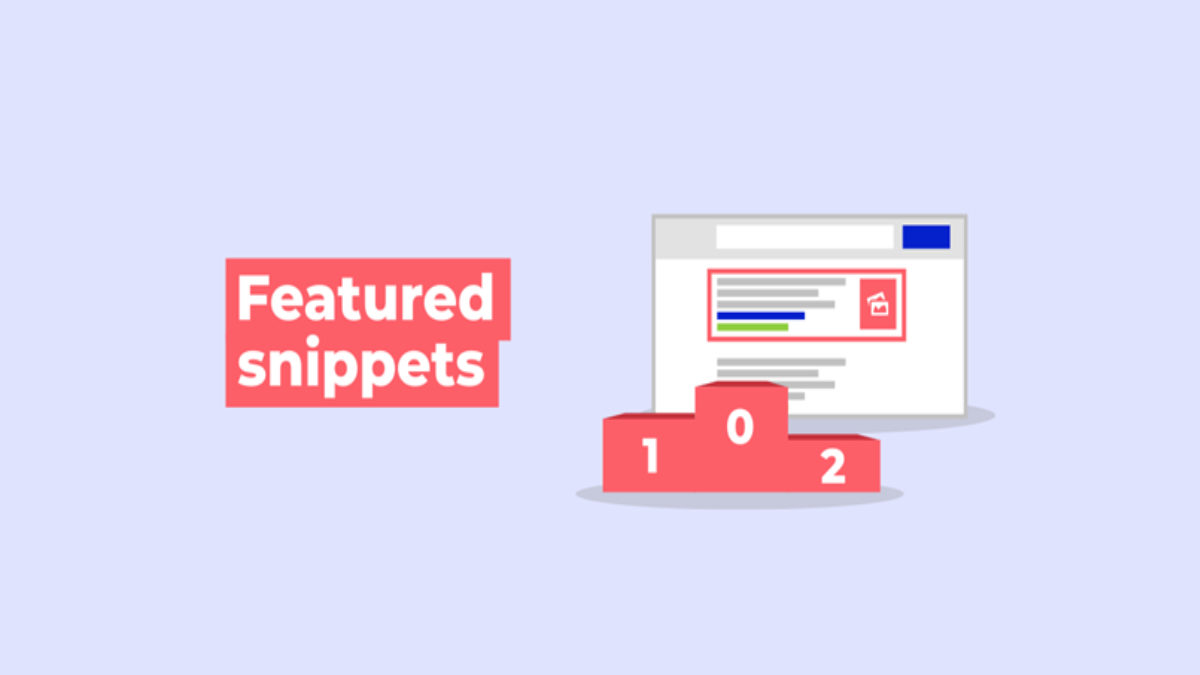 SEO services are not just on content strategy and creation. Featured snippets also play a crucial role in bringing in traffic. They are short fragments of texts which give the brief answer to a person’s query. Usually, they appear at the topmost space of the Google search result.

It is in tune with the user’s psychology to choose the first link automatically. The Google algorithm is the one behind the automatic positioning of a featured snippet taken from web pages in the Google index. There are numerous details about featured snippets that are not made aware to the public. This article will elaborate on them all.

They are short excerpts from the text of the source app, which answer the- what, why, how, and when questions of the user. It is a matter of precision, semantic signals and structure which increases the probability to appear in the snippet box.

The snippet will provide the right answers to the questions of the user, along with some additional information that encourages the readers to scroll forward. Mostly FAQ pages are featured in the snippet box which answers multiple questions at once. The blog pages give more indirect and sophisticated details.

They appear as instructions for recipes or projects, DIY Tasks, etc. There will be a step by step explanation of the process and can elaborate with more details and contents if the searcher continues to click through the link.

It consists of items which are in random order. They would be a list of ranked or unranked things, best and featured lists. It is where content strategists and SEO pros conduct their work in the promotion of their clients.

They are the most popular of the featured snippets. Specific information is pulled out from various sites and made into a table according to the choice of the searchers. They consist of details of data, prices and rates.

The information is taken from the HTML and arranged into tables of more than one column.

The size of the table works favourably to the site as those with more than four rows have better chances of being chosen.

4. The Double Featured and Two for One Snippet:

There are small differences between these two. In the two-for-one snippet, Google combines and features two sources in a single result. It could be a text and video from separate sources, say Youtube and Cosmopolitan.

However, the double featured snippet, Google tends to offer choices for a particular query of the user. Here the chances of the website to be featured are doubled. They include keywords or definitions with multiple meanings or search entries.

Featured snippets are more valuable when users of mobile phones or voice devices use the search engine. They help in acquiring more users and increase the competitiveness of businesses in the future, as about 19.6% of user clicks rely on a featured snippet at present.

The algorithms of Google can be very tricky to manoeuvre. However, if one understands the semantics and context strategies of Google, it will be easier to ensure that your content becomes a featured snippet.

How Technology is Bringing Education to our Living Rooms

The Biggest Technology Scams in 2021 – What You Need to Know

Who are Enterprise Developers?