Home > Information n Technology > SSD or HDD – Which one should I have on my computer? 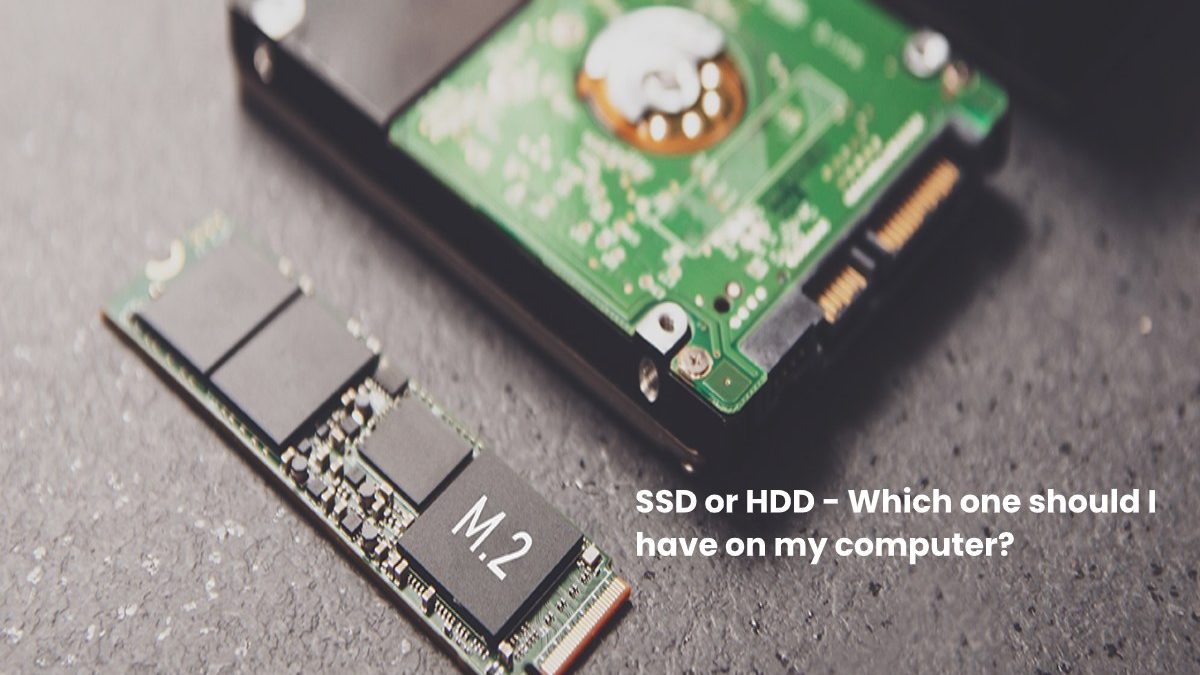 SSD or HDD – Which one should I have on my computer?

What is the difference between the two SSD and HDD?

In its purest form, a solid-state drive (SSD) is flash storage and has no moving parts at all. As a result, they are smaller and take up less space in a PC case, in some cases even mounted directly to the motherboard. Solid-state drive (SSD) storage is much faster than its hard disk drive (HDD) equivalent.

Hard drive storage is made of magnetic tape and has mechanical parts inside. They are larger than SSDs and much slower to read and write.

Why use an SSD? The beauty of a solid-state drive (SSD) is that this wait time is dramatically reduced, even on cheaper drives, compared to the HDD. Anything you load on it will be done much faster.

One of the best uses for a solid-state drive on a PC is as a boot drive. This means installing a small capacity drive where your Windows 10 operating system will live and boot every day. By doing this, your PC will start up and be ready to go in no time. You can also put the software you use most often there to get a similar effect.

The lifespan of an SSD is not as long as that of an HDD, but you can certainly use an SSD as your only disk on a PC. Many laptops only have SSD storage,

for example. You’re not looking for a short-term life, but compared to hard drive storage, it comes down. SSDs don’t handle writing as well over time, but it wouldn’t suffer from this on a boot drive.

SSD prices have also come down a lot lately, with a price per gigabyte much lower than it used to be. High-capacity drives are still expensive, as are higher-performance drives, but generally speaking, they’re more affordable than ever.

Why use a Hard Disk Drive(HDD)? The best case for HDD is mass storage. This type of drive is cheaper than the SSD and is available in some fairly massive sizes. Do you have any games or media to save on your PC? No problem, you can get one or more drives larger than 1TB in size for a fraction of the cost of their SSD equivalents.

PC cases generally have room for more than one drive, which means you can accumulate as much mass storage as possible according to your budget.

The price per gigabyte is still much lower than SSDs, and large capacity drives won’t take all your money away from you. An efficient system would have an SSD to start Windows and one or more hard drives for mass storage.

Our final recommendation is to opt for a mixed system with a mass storage HDD and SSD boot drive for your Windows 10 installation. This way, you will get a balance of price, performance, and space so that you will have a complete machine for all occasions. Also you can find more helpful resources at thedigitaltrendz.

Review SSD or HDD – Which one should I have on my computer?. Cancel reply

Boost Your Oracle Cloud Testing with the Automated Test Framework

How Can I Make It Difficult For Hackers To Use My Data?

Poshmark Bot Guide For Beginners – Everything To Know!