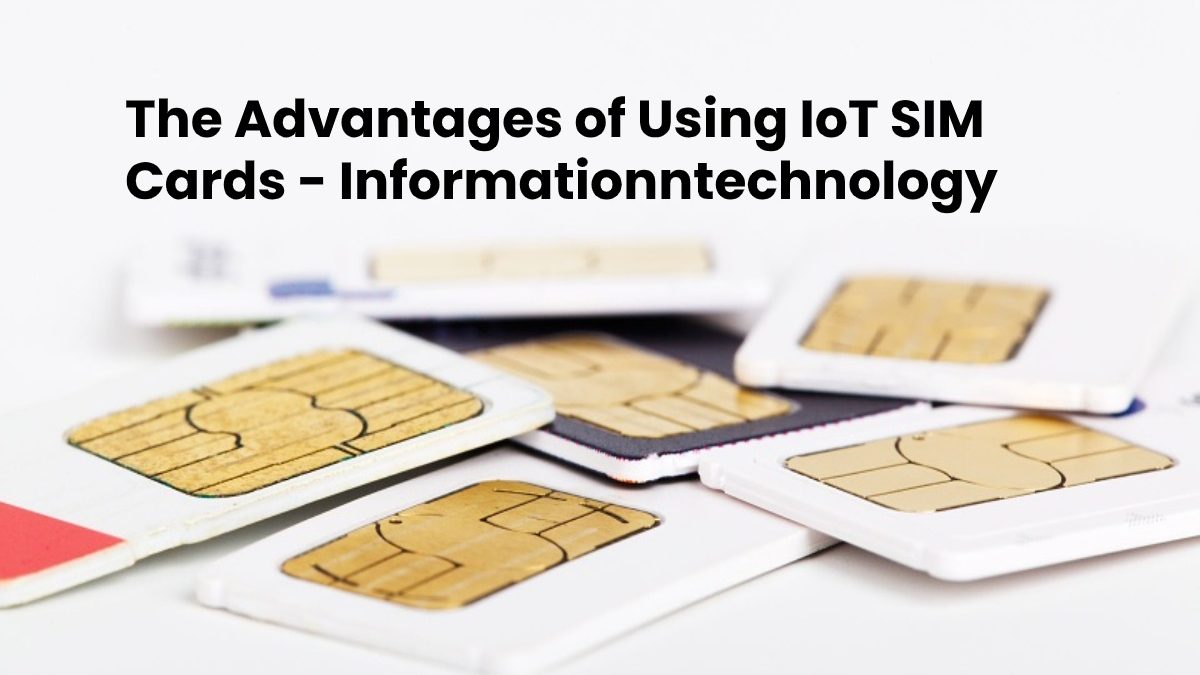 IoT (Internet of Things) is now literally everywhere from your smart home with its smart speaker, smart doorbell, thermostat, and other interconnected devices to massive IoT networks in airports and even smart cities.

Connectivity remains the most important factor—and also the biggest challenge— in any IoT implementation, and if we are talking about scale and speed, cellular connectivity via IoT SIM cards remains the best option.

What are IoT SIM Cards?

IoT SIM cards are also known as M2M (Machine to Machine) SIM cards due to their nature in connecting two or more devices (machines) together. IoT SIM cards provide the connectivity required in an IoT network to transmit and receive data, as well as to automate processes.

While a traditional SIM card (that we use in our phone) can certainly connect two devices together, it is not recommended to use a standard mobile SIM because it doesn’t provide some critical functionalities provided by IoT SIM cards, they are:

In a traditional cellular mobile plan, we are going to use the plan in only one (probably two or three) devices. However, in an IoT environment, it can involve hundreds or even thousands of devices, each with its own IoT SIM card. An IoT data plan can share data usage across the SIM estate, to allow better cost-efficiency.

For example, if one of your sensors uses a lot of data, while another barely uses any data, they’ll both share a data plan so it will minimize the risk of overage charges.

Traditional SIM cards are typically limited to a single network provider that operates in a single country. This network provider is subject to the rules and regulations of the location, and if we want to move to another country, we must pay the (expensive) roaming charges.

This limitation might not be suitable in an IoT implementation: if we open a new location in another country, this might mean purchasing and distributing new SIM cards in the new area. An IoT SIM card in the form of embedded SIM (eSIM) can access multiple networks including those in other countries. Truphone for Things, for example, has coverage in more than 100 countries.

This will especially help in bootstrapping, which, in IoT terminology, is when a brand new device is connected to the network for the first time. If the device uses a traditional SIM card, this would mean installing the physical SIM card to the different devices, and we also need to consider local regulations, data roaming, and other factors. An IoT SIM card can significantly help in automating and standardizing the bootstrapping process.

While security is now a very important factor to consider in any device, it is much more important in an IoT system where a sensor or device worth $1 can be connected to a $1 million or even $1 billion network. If the sensor is compromised, it can also affect the whole network and cause massive damages.

IoT SIM cards typically allow us to monitor data usage and other administration functionalities, so we can properly monitor which devices are transferring/receiving data, what kinds of data is sent, and where. Full visibility of IoT SIM cards is extremely important, especially when a lot of IoT devices are deployed.

IoT SIM cards, especially those in the form of eSIMs are integrated within the device (so it’s protected by the device) and are designed to survive tough conditions (weather, impact, water damages, etc.) in constant movement. There are industrial-grade IoT SIM cards that are corrosion-resistant and can operate throughout extreme temperatures and vibrations.

Although there are many IoT connectivity options at the moment, we can generally differentiate them via three main factors:

By considering these three factors IoT SIM cards are the best regarding coverage range and the only connectivity options we can use on a multinational or even global scale. With 4G LTE and 5G, it also has one of the best bandwidth capacity. However, cellular connectivity is one of the worst regarding power consumption, where low-power options like NB-IoT or LPWAN might be preferred.

The Future of IoT SIM CA

In the future, it is expected that more devices that require always-on connectivity will adopt eSIM technology. This will include wearables like smartwatches, smart home devices, and various computing devices.

When choosing an IoT SIM card partner, we should look for the following:

While there are still some technical challenges to face before we can see a global adoption of IoT SIM cards, there’s no doubt that eSIM is going to be the future of cellular connectivity, especially in IoT deployments.

Why You Can’t Afford to Skip PCI Compliance

What Should a Business Consider Before Getting a VOIP System?