Home > Technology > What are the Main Differences Between WiFi 6 and 5G? 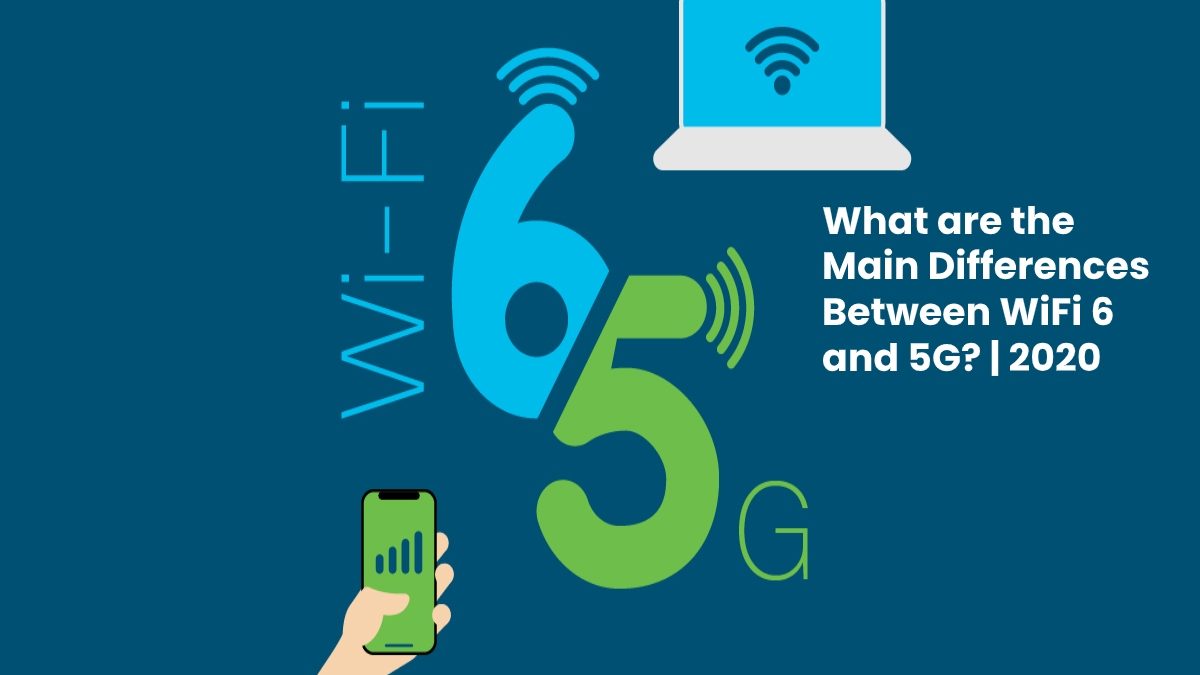 What are the Main Differences Between WiFi 6 and 5G?

When we talk about WiFi 6 and 5G, we are referring to the two most current standards in terms of wireless networks. The first is the most modern technology in routers, and that offers us the best Internet speeds and quality when connecting at home. Regarding 5G, it is the most advanced technology in mobile networks and the one that will accompany us during the next decade. Now, what are the differences between WiFi 6 and 5G? We are going to talk about it in this article.

There is no qualm that wireless networks are broadly used today. We have more and more equipment at our disposal that we use daily to surf the net. We are talking about mobiles, tablets, computers—a great variety of what is known as the Internet of Things. However, the cable is ceasing to be used for our daily connections, beyond some computers. The usual thing is that we connect through wireless networks.

Here comes into play both WiFi networks and mobile networks. Over time, technology has advanced a lot. Now we have much more stability, quality, and of course, connection speed. It has nothing to do with browsing a WiFi device from just a few years ago. The same if we think of a mobile phone when we were browsing 3G compared to now, where the normal thing is to have 4G coverage. Even more, improvements if we think about 5G.

However, keep in mind that both WiFi 6 and 5G are very recent technologies. There are not many routers and devices compatible with the first, nor are there many mobiles or coverage available with the second. But of course, they are technologies of the present, and we can already compare. That is what we are going to do. Let’s see what differences there are between WiFi 6 and 5G. Many users doubt which they could have more Internet speed.

Differences Between WiFi 6 and 5G

The first difference logically is technology. The WiFi 6 will need a router or access point that allows us to connect to the Internet. It will also require another part, another compatible device, from which to receive the signal. We need both to be compatible with that standard. For its part, 5G is a mobile network, and we are going to need a compatible mobile or device where we can use a SIM card (except in the most advanced cases where there is the possibility of using an eSIM) and have coverage.

Regarding speed, something that is interesting for users, there are differences. The WiFi 6 provides higher the speed of the WiFi 5. WiFi 6 offers theoretical speeds of 9.6 Gbps. However, in practice, it will mainly depend on the connection that we have contracted. The theoretical speed of 5G is slightly higher, and we could reach 10 Gbps. However, it will later be available depending on the circumstances, the coverage, our terminal.

Yes, there is an essential difference regarding coverage. Logically, with devices that have a 5G network, we will be able to navigate where there is coverage. This means to facilitate, and we will be able to move through a much wider territory. We arent going to be tied to a building, for example. However, with WiFi 6, that coverage is more limited. It is possible that even inside a house, there are areas where the coverage does not arrive correctly.

Regarding connecting multiple devices, at this point, there are differences. WiFi 6 is designed to support many connected devices at the same time. 5G, at least on paper, will serve to connect a single device, although we can later share the connection.

This is a question that surely, many users ask themselves. When we are at home, better to connect via WiFi or 5G? The truth is that both technologies significantly improve their predecessors, especially 4G. We can say that one of the strengths in both cases is low latency, perhaps something that has always affected WiFi when compared to cable.

All the improvements related to stability, quality, speed, and latency will make WiFi 6 the most widely used technology in homes since it will allow connecting more devices. However, 5G will also have an important weight, especially when mobile rates start to be unlimited, something that will arrive sooner or later in most countries.

In short, these are the main differences between the two technologies that will mark wireless connections in the coming years. Both WiFi 6 and 5G will have a significant weight on our devices.

Review What are the Main Differences Between WiFi 6 and 5G?. Cancel reply

How to Browse Web Anonymously and Privately?

How to Identify if a Domain on the Internet is False or Malicious?

How is Technology Revolutionizing Events?

Hire a Business for Your Business: 7 Business Functions to Outsource