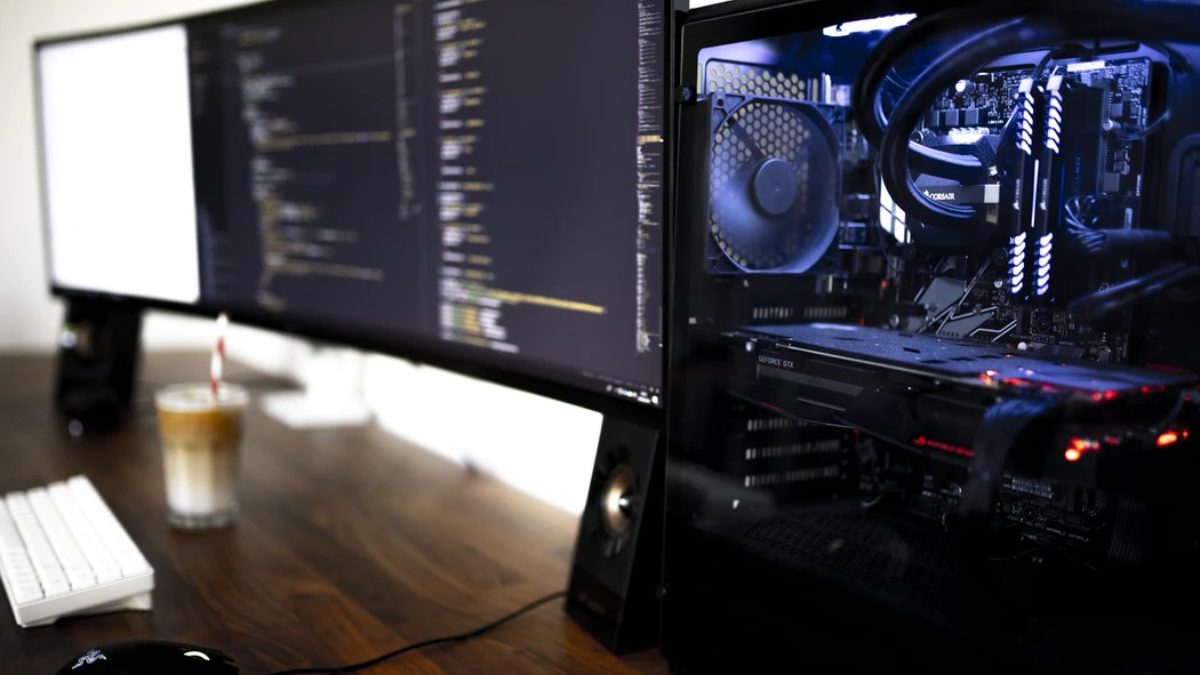 The GPU indicates that it is a graphics processing unit or GPU. The GPU of a computer is a chip-shaped coprocessor whose only function is to process graphics or perform floating-point operations. In order to lighten the computing load of computer systems.

Now the technology has become advance, video games have more and more graphics, making the demand for storage and processing greater.

So, the GPU or also known as graphics card are being seen much more frequently in today’s computers. And on graphic devices such as smartphones, video game consoles, among others. As we have previously mentioned, a GPU has the only function of processing graphics. For this, it implements mathematical calculations by means of nuclei, of which we will talk about them later.

These mathematical calculations are a series of operations which is known as primitives, which optimize for graphical processing.

These operations have the function of processing vertices and pixel, Which will process in the following way.

The graphics vertices are processed first (because the information comes in the form of vertices) that the central processor has already worked on, in order to round spaces, rotate the vertex so that it is much more visible and to be able to continue pixelating the image.

Then a primitive, which is in charge in the area of 3D graphics processing known as antialiasing, aims to smooth edges of the figures to give a more realistic touch to the image as others are responsible for the elaboration of geometric figures.

The GPU then processes the pixels using a program called pixel shader, which is responsible for pixel transformation. When this process ends; Before being cached, the information is pass through antialiasing, blending, and other programs to do the finishing touches.

Finally, it is worth mentioning that the GPU is the part of the graphics card in charge of doing all the calculations above and processes that together with the PCB and memory modules. is in charge of sending the graphics already processed to the CPU and the latter, showing them int.

Difference between GPU and CPU

The construction of both GPU and CPU is similar ; This means that they are made up of integrated circuits dedicated to the mathematical calculation in binary operation.

And also, its difference is in the number of nuclei. A CPU has between 2 to 8 cores, which are larger and more powerful, which have the ability to withstand a large number of fluctuations.

While a GPU has more than 2000, which are cores that are smaller, more straightforward, and less powerful. And they operate at low frequencies.

Although, they operate at low frequencies individually, together they become compelling, which is why, while a 4-core processor. It can carry out calculations effectively and quickly in a matter of seconds.

A GPU can execute thousands of calculations in parallel in just milliseconds.

The  NVIDIA Tesla T4 compares to an Intel Xeon Gold 6140 processor in which the inference performance of both tests in real-time. And the is graphic card is faster than the processor.

Tips and Considerations for Buying a GPU – Graphics Card

Depending on the GPU model, The most powerful ones usually consume a lot of energy, so it is also a suggestion to buy a more powerful power source.

Another factor to consider is the issue of memory and processor. Because if you do not have adequate memory and processor; Like the monitor, it can generate a phenomenon known as a bottleneck. So it is advisable to buy new components so that the GPU works 100%. Also you can find more helpful resources at allmarketingtips.

The Changing Shape of Payment

What is Cloud Federation (& How Can it Help Your Business Scale up)?

What Is a W2 Tax Form? Everything You Need to Know

What is Marketing Attribution?

What is a VPN? – Definition, Why Use a VPN? and More

What is a virtual address?