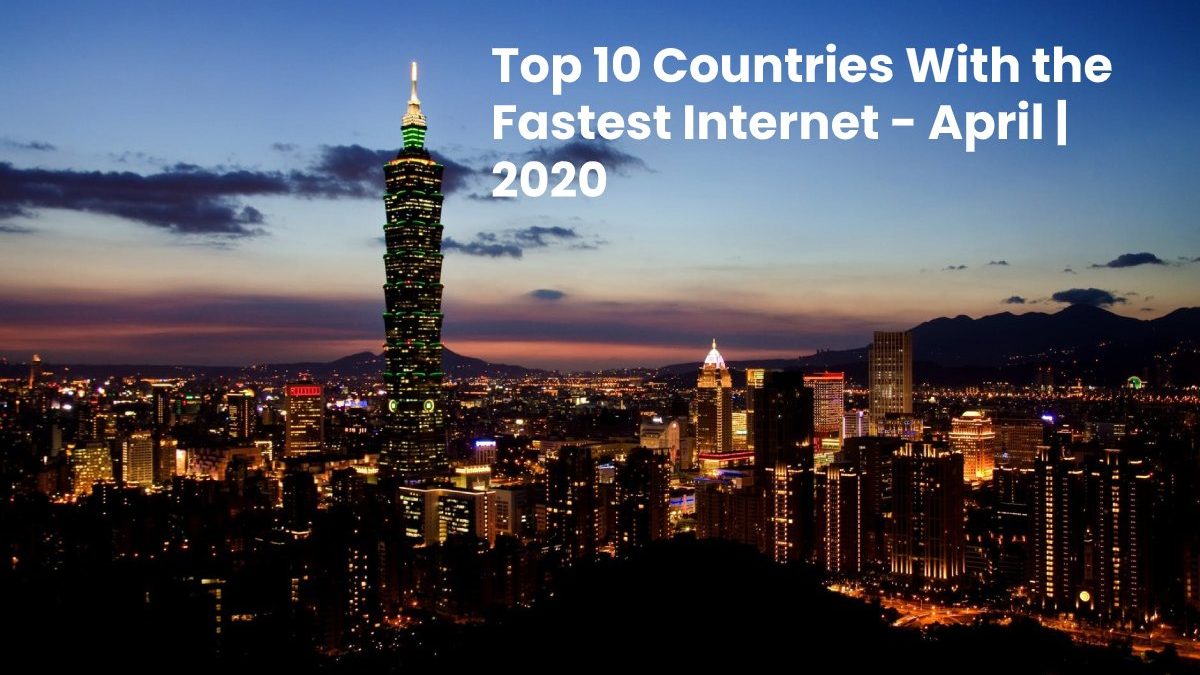 Internet connections have improved markedly in recent years. The speed, stability, and quality are much higher. However, this does not apply equally in all countries of the world, as we can imagine. In some cases, we can have higher than average speeds, while sometimes having an Internet with a much lower quality. In this article, we echo a report that shows which are the 10 countries in the world with the fastest Internet today.

It is a reality that users highly value the speed of internet connections, quality, and availability. It is necessary for our day to day since, on many occasions, we work online, study, or simply need to search for information. But of course, this is not the same in all countries.

There are services where in one place in the world, it can work very well, such as playing streaming videos in high quality, while in another place, the quality of the connection prevents this from being possible, and there are cuts.

Of course, keep in mind that this report only includes the average download speed. It does not take into account other aspects such as fiber optic access, upload speed, etc. However, simply by knowing the average download speed that we will have in these countries, we can get an idea of what their Internet is like.
Also Read: GPU: Definition, Function, Differences CPU vs GPU, And More

The country with the highest Internet speed in the world today is Taiwan. According to the report that we echo, currently, the average is 85.02 Mbps. It should be borne in mind that higher speed does not mean that using the Internet is easier and freer than in other countries.

Singapore is the second country on the list. In this case, the average download speed is 70.86 Mbps. Its small size makes it possible to have better connections without having to make large investments in infrastructure.

The podium closes Sweden, which is the country in Europe with the highest Internet speed at present, according to this report. The Scandinavian country has average speed of 55.18 Mbps. Closely followed is its neighboring country Denmark, which has an average download speed of 49.19 Mbps.

A country that could not be missing from the list is Japan. All consider it as one of the most advanced nations in the world in terms of technology. The average Internet speed is currently 42.77 Mbps.

Returning to Europe, we find two neighboring countries and with very fast Internet speeds: Luxembourg and the Netherlands. The first has an average of 41.69 Mbps, while the second offers its users an average of 40.21 Mbps.

Switzerland and Norway are other countries on the list. In these cases, the average speed reaches 38.85 Mbps. They make two more of the European countries have a quality Internet.

Finally, it closes the list of the 10 countries with the best Internet, i.e., Spain is the 10th fastest connection in the world, reaching 36.06 Mbps.

The Importance of Having a Good Connection

Our use of the Internet has changed a lot over time. Now we need to have better connections, with greater capacity. This is so due to the platforms and services we use,
such as streaming content in high definition, uploading large files to the cloud, multiple downloads.

However, also, and this will increase in the coming years, we must bear in mind that we have more connected devices. This means that we need to have connections with a greater capacity. Luckily they have improved over time, and this allows us to have many devices connected without suffering problems.

Much of the blame lies with devices in what is known as the Internet of Things. We have more and more in our homes, and this means that we are going to need better connections and that our routers can offer a connection to more equipment at the same time.

Also Read: How to Save Data When Using Facebook on Mobile

In addition, you can find more helpful resources at popbom

Everything That Affects the Speed of Mobile Internet

How to Save Data When Using Facebook on Mobile

information technology, 11 months ago
How To

How to Achieve Your Big Picture Goals

Ways To Clean Up Your Social Media Presence And Impress Employers